You are here : Elle & Vire Professionnel /

Laureate of the “Dotation Jeunes Talents Gault&Millau” in 2017, it’s been two years since Chef Julien Lepine and his wife Magali took over the Clos Pierrepont in Montferrat (83).
News
Share on the social networks
back

After being a silkworm and a post office, their stone bastide, dating from the beginning of the 19th century, now has been housing a 17-room hotel and one of the best restaurants in the Var (2 Gault & Millau Toques and 1 Michelin Bib Gourmand).

While being in a warm and family home, you can enjoy there a seasonal and local cuisine where quality and well-done work are at core. The menu offers various dishes to satisfy all budgets and desires.

Coming from a Chef family for five generations, Julien Lépine also became a Chef, of course.

It was in La Réserve de Beaulieu, with Christophe Cussac and Olivier Brulard that Julien has started his career. Then he joined Jean-Luc Rabanel at La Chassagnette in Arles and after Philippe Da Silva at the Hostellerie des Gorges de Pennafort in Callas - a house in which he stayed during ten years and met Magali, his future wife, with whom he will take over his father's restaurant, the Auberge du Teillon near Castellane.

After being spotted by Gault & Millau, Julien and Magali opened in 2018 the Clos Pierrepont in Montferrat. They are doing there major renovations - including the creation of a shady terrace, the refurbishment of a large reception room and the development of an arbor and seventeen rooms. Since then Julien has been cooking a gourmet culinary cuisine with local and seasonal products. 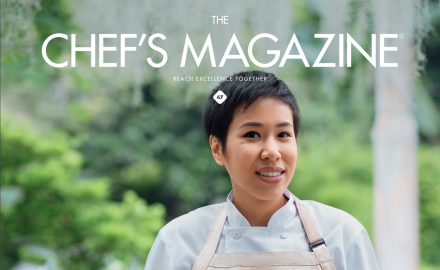 Let yourself be inspired by the new Chef’s Magazine !
more 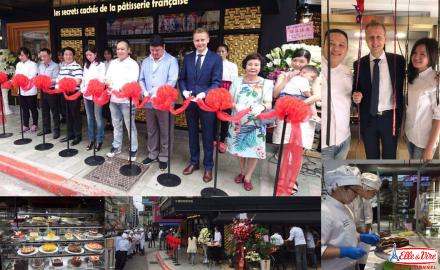 Congratulations to The Secret Cake!

The first bakery shop of “The Secret Cake” opens its doors in the end of May 2017.
more
See more news