You are here : Elle & Vire Professionnel /

The best Spanish croissant is in Barcelona

The Catalan pastry chef revalidates the award that he already obtained in 2016.
News
Share on the social networks
back

Toni Vera, from the Canal de Barcelona pastry shop, is the second-time winner of the Best Butter Artisan Croissant Contest in Spain, which hold its seventh edition this morning at the Barcelona Guild Pastry School.

Last week, a jury composed of nine experts deliberated which one of the 70 pastry shops from Spain deserved to be rewarded. The flavor was the most valuable factor assessed, which made Vera the winner of a prestigious award and 1,000 euros, again (he already received the award in 2016). We asked Toni what made his croissant special, compared to the other creations presented in the contest. He told us, smiling: "He is the winning horse. I continue with the same speech from the last edition I won : product and process. A good flour, a good butter, a good machinery and a good process result in an intelligent and very profitable way of working, which allows us to produce a quality product in a very short time.”

Already awarded in 2016, Vera defines his croissant as crispy, well choked, with a great taste of butter and nothing heavy. “They are so light that you can eat as many as you want,” the expert told us, laughing. And he adds that such good results would not have been possible without his companions at the workshop and the entire bakery team.

Canal pastry was founded in 1970 by Xavier Canal and is currently directed by his nephew Luis Estrada. It is composed of a young team in which Toni Vera and Marco Muñoz stand out. With establishments in the Muntaner and Calvet streets of Barcelona, it has introduced innovation in tradition, developing classic and contemporary pastries, as well as catering. 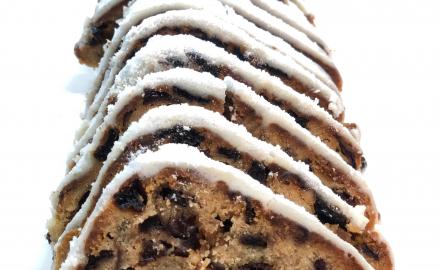 Prepare for the most wonderful time of the year, with Lim Ken Jay !

Lim Ken Jay, Chef at la Croisserie in Kuala Lumpur, has been working hard in order to prepare for the festive season. Discover...
more 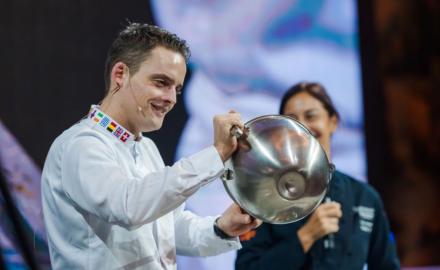 Flashback on Etienne Leroy in Qatar

Etienne Leroy, 2017 Pastry World Champion, as well as one of our Ambassador Chefs, went to Doha in Qatar last October for...
more
See more news